Stories Of Promise - It’s Only the Beginning! 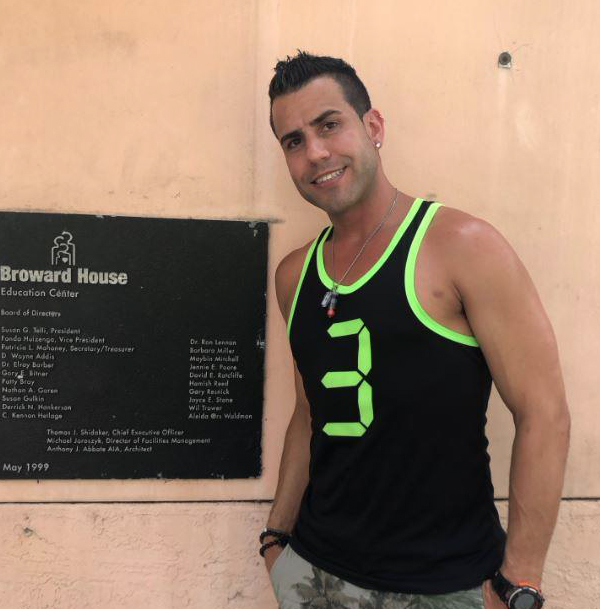 I always had a dream of starting my own family, getting married, having a husband, kids, pets, everything. Then, in a matter of seconds all those dreams I had for my life came crashing down. That’s what it felt like when the doctor told me I tested positive for HIV, like my life had ended. I am a 36-year-old Hispanic man living with HIV and for 10 years I wasn’t able to talk about my status with anyone other than my doctor – until now.

I come from a Hispanic background, my mother is Venezuelan and my dad is half Spanish and half German. In Venezuela, the HIV/AIDS stigma is very big; it’s like a taboo thing. Just by being gay, people already think you’re HIV positive. Coming out to my family was hard enough, especially my mom, she didn’t speak to me for three years. It took her some time to start a relationship with me again so when I was diagnosed with HIV, I couldn’t tell my family because I thought it was going to hurt them even more. I decided to keep it to myself.

I started treatment immediately, went to all my regular checkups and in a short time, I was undetectable. On the surface, it seemed like I was dealing with it well, but it was all a front. I didn’t even want to read about it or look it up online. All I knew was I had to take my pill every day and keep my viral load low. I wasn’t very educated on the subject because I was in such denial. The only time I’d think about it was during my doctor’s visits and after leaving I would erase it from my mind, but that just made things worse. I started going out to a lot of clubs and doing all kinds of drugs— cocaine, ecstasy, special K, and even meth. From there, I spiraled down. It wasn’t until a year after doing meth that I realized I had a problem and in order for me to get out of this intense depression, I had to deal with the deeper issue. I went to a local recovery center and did their intensive residential treatment program for two months and while I was there I learned to love myself again.

I met so many wonderful people who were also HIV positive who inspired me to open up about my status. That’s when I realized how important it was to talk to people other than my doctor. Being able to connect with others and learn more about HIV was empowering. After months of counseling and group sessions, I see now that having HIV doesn’t mean it’s the end of my life. It took 10 years but I was finally able to open up to my family and it only brought us closer together. Now, I feel like I have a higher level of understanding when it comes to HIV and with that knowledge, I hope to help others like me. My dream is to start a treatment center for people living with HIV who may be struggling with addiction. It would be out in the country on a farm somewhere. They would learn more about HIV and part of their therapy would be farming, harvesting vegetables, milking cows, making cheese and things like that! I am so excited for my future and even more motivated to inspire others living with HIV to be unashamed because it’s NOT the end … it’s only the beginning!