A Better Sense of Self 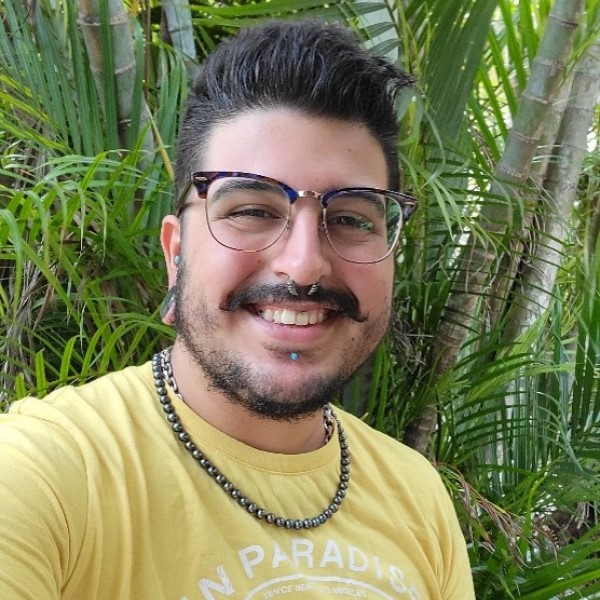 At around 18 years old, I was just starting to get into not only the gay community but also into the leather community. I was navigating trying to find my own place. During my first big relationship, I ignored some of the red flags and some initial mistreatments. The relationship I was in at the time was on the verge of, if not already, emotionally, and mentally abusive. It was a very toxic environment.

This person who was trying to be a “Dom” (the dominant role in a BDSM dynamic) and work his way into the Florida leather community, they very clearly didn't know what being a Dom t meant. From the start there was a lot of lot of lying, and lot of omitting of the truth All of that got not only disguised but pushed down because of the little things that you would hear and see like, ‘oh, he makes me laugh’ or, ‘he's a great person with X, Y, and Z in public.’ Then, he wanted to start building this leather family, he just ended up adding a bunch of people to the relationship without discussing it with the people who were already in the relationship.

At the same time, I was trying to balance my volunteer work and college. Little aches, pains and issues popped up in the relationship because not only did I have undiagnosed ADHD, but he had no sympathy for that. Essentially, he just saw me as being annoying and excluded me from things. I thought there was something wrong with me. It just set the tone for how everybody treated me in that relationship. He wasn't forthcoming enough to just say, ‘Hey, this isn't working out. I don't want to hurt you and I don't want to be hurt. Let's just call it quits.’ It was kind of both of our stubbornness that led to a lot of heartache on my end.

A friend of mine saw how I was being treated. He talked to me one day about my situation. I was like, it's just so hard and I'm trying so hard. And he's like ‘can I be frank with you?’ I said, ‘yes, sure.’ He said, ‘you're in an abusive relationship. This isn't healthy for you. You need to get the hell out. If you need anything, we'll be here for you.’ I decided to leave the relationship. The healing process from that was a little long. There's a big amount of self-worth that I had to find as well as just figure out who I am, where I fit into.

My experience taught me boundaries and it taught me that abuse doesn't always look like being hit. It doesn't always look like somebody sexually abusing you or hurting you in physical ways. Abuse can take many different forms, whether the person even knows it or not. Now, I use my personal experience to support those during HIV/STI testing counseling. It’s not always obvious. You have to pull out the information little by little and you have to make them feel comfortable to elaborate. For me, it's not necessarily that I have a better way of identifying it; I just have a lower tolerance for it now. I will not tolerate being treated any way that's less than how I should be treated.